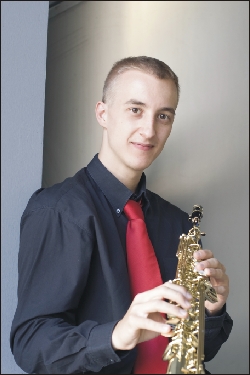 Michael KRENN, saxophone
Having studied at The University for Music and Performing Arts, Vienna, and at The University Konservatorium Wien under saxophonist Lars Mlekusch; winning the highest distinction, Michael now works as a freelance musician and saxophone teacher in Austria and abroad. He is a founding member of Austria’s first professional saxophone orchestra: The Vienna Saxophone Orchestra and of The Mobilis Saxophone Quartet, whose debut concert performance was given at Vienna’s prestigious Musikverein in 2013. He is also a member of The Austrian Ensemble for New Music (OENM). His orchestral appearances have included concerts with The Klangforum Vienna, OENM, Volksoper Vienna, RSO Vienna, Tonkünstler Orchestra Niederösterreich, and The European Youth Orchestra, to name but a few. His performances have taken him to prestigious venues all over Europe, India, Thailand and Japan. In 2013 he gave his U.S. debut concert in Chicago together with pianist Yoko Yamada, playing a rectal in the Dame Myra Hess Concert Series. He is considered one of the leading classical saxophonists of his generation having garnered many prizes in national and international music competitions. He is the winner of the 2012 Yamaha Music Foundation Scholarship, Artist Scholarship of the Austrian Ministry of Arts and Culture, 2011, second prize at the 2011 Jean-Marie Londeix International Saxophone Competition in Bangkok, The Bank of Austria Artist of the Year 2011 with The Mobilis Saxophone Quartet and winner for two consecutive years of The Fidelio Competition at The Vienna Conservatory (2011-2012). In 2009 he also won The Fidelio Competition as well as taking first prize in the Austrian music competition “Gradus ad Parnassum” again with The Mobilis Saxophone Quartet, second prize at the international wind instrument competition “Intermusica” in Birkfeld, Austria and first prize at the International Saxophone Competition in Lodz, Poland. 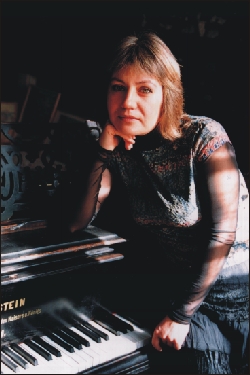 Eugenia RADOSLAVA, piano
At the age of ten Eugenia gave her first piano recital and the following year made her debut with an orchestra. At twelve she won The International Piano Competition for Young Virtuosos in Czechoslovakia. She won also The Bulgarian National Music Competition, The Competition “Svetostav Obretenov” in Bulgaria, in Senigallia / Italy, in Usti nad Labem in The Czech Republic, and received also the honorary fellowship “Pancho Vladigerov”. She studied at The National School of Music, Sofia and piano concert performance at The Music Academy of Sofia under Professor A. Dikov and completed her education with a gold medal and various awards. Her education then took her to Vienna where she studied piano concert performance with Professor N. Flores, also chamber music with Professor A. Kouyoumdjian at The University for Music and Performing Arts – Vienna. At The University Konservatorium Wien she studied in music pedagogics. She has performed numerous concerts both as a solo and a chamber musician in Austria, Bulgaria, The Czech Republic, Germany, Italy, Ukraine, Hungary, Tunisia and Israel. She has had the distinction to perform with The Sofia and The Savarin Symphony Orchestra as well as The Pleven and The Plovdiv Philharmonic Orchestras. She is the Austrian representative of the international pedagogical organization “Art and Education in the 21 Century”, and organizes concerts and forums. Teaching in various music schools in Austria and at The University of Music Vienna, many of her students have won prizes in international competitions. She also jurors and lectures for master classes and international competitions in Austria, Denmark, Ukraine, Portugal, Finland and Bulgaria. She has made appearances on both radio and television together with CD recordings of classical and premiere works of Bulgarian contemporary composers. She is also committed to charitable works such organizing fundraisers for the reconstruction of orphanages.