Having studied at The University of Music and Performing Arts, Vienna Mario is the first person in the history of Austrian education to earn a master’s degree in sound engineering. He also has a sound engineer’s diploma from The School of Audio Engineering (SAE, Sydney). He studied mechanical engineering and computer science at The Technical University of Vienna.

A member of The Professional Association of Film and Music Industry (The Chamber of Commerce) Mario was involved in many diverse projects: developing audio software (NOA Audio Solutions), designing computer controlled experimental musical instruments for composition and sound design (“SensOrg”,TU Stockholm) as well as inventing the headphones matrix (KMZ04) and a special method of mixdown processing for Stereo Spot Simulation (“3S”).

He has taught notation on the computer for students in the composition department of The Private University Conservatory, Vienna. He has also conducted numerous lectures, seminars and courses in audio engineering and studio technology, as well as teaching concepts in acoustics for musicians, audio media and recording.

His recordings are well known in many countries such as, Germany, Switzerland, Sweden, Slovakia, Bulgaria, Latvia, Lithuania, Russia, Ukraine, USA, Turkey, Japan and Israel. His audio productions have been published by a variety of labels including, Unviersal Musik Austria, EMI, Genuim, Preiser Records, Extraplatte, Markensound, Quinton and Classitone.

In his duel role as director and sound engineer he has specialized in the area of classical music and it has been his privilege to work with many outstanding artists and performers the likes of which include, Kurt Rapf, Paul Babura-Skoda, Angelika Kirchschlager, Margarita Lilowa, the Wiener Konzertverein, Georg Mark, Matthias Schulz, Josef Gold, Helmut Deutsch, Richard Fuller, Symphonieta Vienna, Chorus Sine Nomine, The Radio Symphony Orchestra, Madrigal Choir, Waldstein Trio, Tel-Aviv Philharmonic Choir, The Vienna Men’s Choral Association, Amber Trio, Timma Brauer, to name but a few.

He is involved in charitable projects such as the reconstruction of an orphanage in Bulgaria. 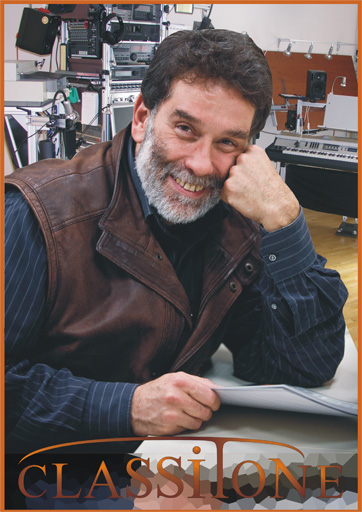